COVID-19: Everything you need to know 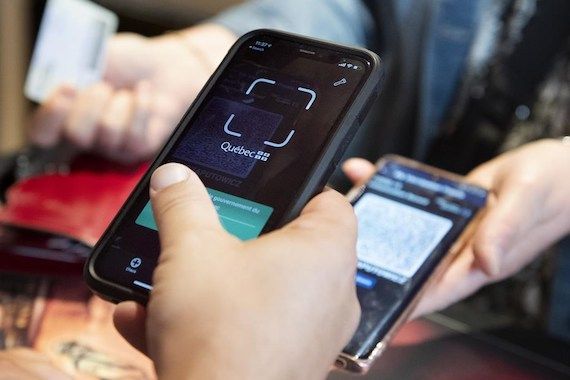 Respondents aged 55 or over reported 86% support for the passport. (Photo: The Canadian Press)

A new poll indicates that most Canadians have already agreed to implement a vaccine passport in the country, before the measure went into effect in Quebec last Monday.

The August 27-29 Léger poll showed that 56% of 1,544 respondents strongly support the issuance of vaccine passports by provincial governments for use in some indoor public places such as restaurants, bars, health centers and training, as well as during festivals.

This metric is supported to some extent by another 25% of survey respondents.

On the other hand, 7% of respondents said they would rather be against the vaccine passport while 13% strongly refused to use it.

The Ontario government announced this week that the vaccination verification system will go into effect on September 22. However, using a QR code similar to the one that has been circulating in Quebec for a few days will have to wait until October 22nd.

Polls organizers Leger noted that the main support for the vaccine passport was in the Atlantic provinces and British Columbia, while the main opposition was in Manitoba and Saskatchewan.

Respondents aged 55 or older reported 86% support for a passport, the highest level in Canada, while the lowest was found at 75% among respondents aged 35-54.

The poll also addressed the views of the people of the United States on this subject. Support for vaccination rose to 59% among 1,004 participants, while opposition reached 41%.

There is no margin of error that can be attributed to the survey.