penguin clubAnd the Agar.ioAnd the bubble problem : If you recognize these names, you probably spent a few hours playing Miniclip in the 2000s!

Without insulting the nostalgia, gaming site Miniclip.com has stopped hosting hundreds of free games that a generation crashes into upon returning from school.

As announced in March 2022, the site has chosen to change profession: it becomes an informational site on new mobile games. They also host their own job offers, as well as a wealth of company information.

Since mid-October, only two games are still available on Miniclip.com: Agar.io and 8 ball pool.

Miniclip turns into a mobile phone

In 2010, Miniclip.com chose to open a mobile division. This allows users to play from their phones. Since then, the company has noticed that a large portion of the users have also migrated to these platforms. 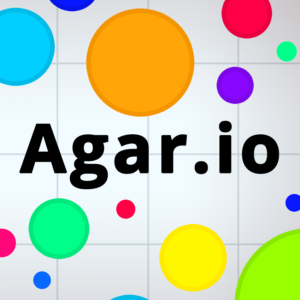 “Over the past 21 years, Miniclip has undergone a major transformation and it has become clear where our players are most involved,” the company explained in the FAQ on its website. “That’s why we focus on mobile to deliver amazing experiences to existing players and new players alike.”

Furthermore, Miniclip.com has no plans to host online games again on its platform.

The mini-games website was created in 2001 in the United Kingdom. So he dies after giving 21 years of entertainment, fun, and maybe some frustrations!

Flash Player is shutting down

Miniclip.com’s decision to prioritize mobile games is not only related to directing the user towards mobile. The platform hosted games that work with the Adobe Flash Player media player. But on December 31, 2020, Adobe made the decision to discontinue the program’s activities. Without removing Flash Player from the web, Adobe simply stopped updating its software. It can no longer be downloaded either.

See also  Miller's Zoo: After a TV series, a board game

Apple’s incompatibility with Flash Player since 2010, as well as the arrival of more powerful tools with free source code, such as HTML 5, have slowed the program’s activity and popularity. So Adobe stopped supporting Flash Player that was created in 1995.