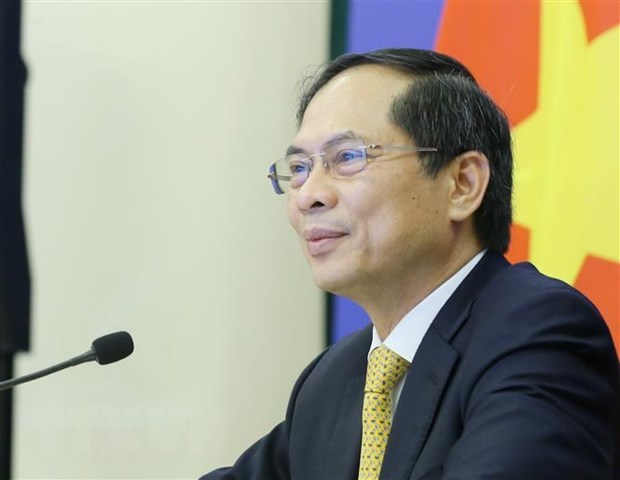 The meeting was part of Prime Minister Pham Minh Chinh’s trip to attend the 26th Conference of the Parties (COP26) to the United Nations Framework Convention on Climate Change in Glasgow.

Minister Boy Than Son emphasized that Vietnam remains deeply committed to contributing to global efforts to respond to the climate crisis. After he thanked the British government for its assistance to Vietnam in the fight against the coronavirus, he asked the UK to continue helping Vietnam obtain vaccines, medical equipment and medicines to treat COVID-19. Boy Thanh Son also emphasized that Vietnam is ready to help the UK strengthen its great cooperation with ASEAN, to support and share its experiences related to the Comprehensive and Progressive Trans-Pacific Partnership (CPTPP).

The British minister said she appreciated Vietnam’s strong commitment to responding to climate change and welcomed the recent development of relations between Vietnam and the United Kingdom.

The two Ministers agreed to intensify the exchange of delegations, particularly the high-level delegations, and to work closely together to prepare for the fiftieth anniversary of the establishment of diplomatic relations between Vietnam and the United Kingdom (1973-2023).

The two sides also discussed international and regional issues of common concern, stressing the importance of respecting international law, ensuring freedom of navigation and transit, and security and peace in the East Sea. -VNA