Over the years, our muscles, bones, eyes, ears, and all other body parts deteriorate with age. Many researchers around the world are looking for ways to combat the negative effects of human aging.

And this research goes far beyond terrestrial limits: the reactions in the body of astronaut Matthias Maurer of the European Space Agency (ESA), who have been aboard the International Space Station (ISS) for two months, are being monitored to provide evidence of this. How to deal with the natural corrosion that the body is exposed to.

Astronauts’ eye health may be compromised by typical microgravity syndrome

About 70% of astronauts experience changes in the optic nerve during their extended stay in space, a phenomenon known as “spaceflight-associated neurological syndrome” (SANS). This visual ailment is also considered the second danger to human health during a mission to Mars, right after exposure to radiation.

Maurer, NASA crew Thomas Marshburn and Raja Chari cast their eyes on an experiment called Retina Diagnostics: a special cut-out optical lens placed on the back of a tablet computer allowed astronauts to record images of their eyes and send them back to Earth. . 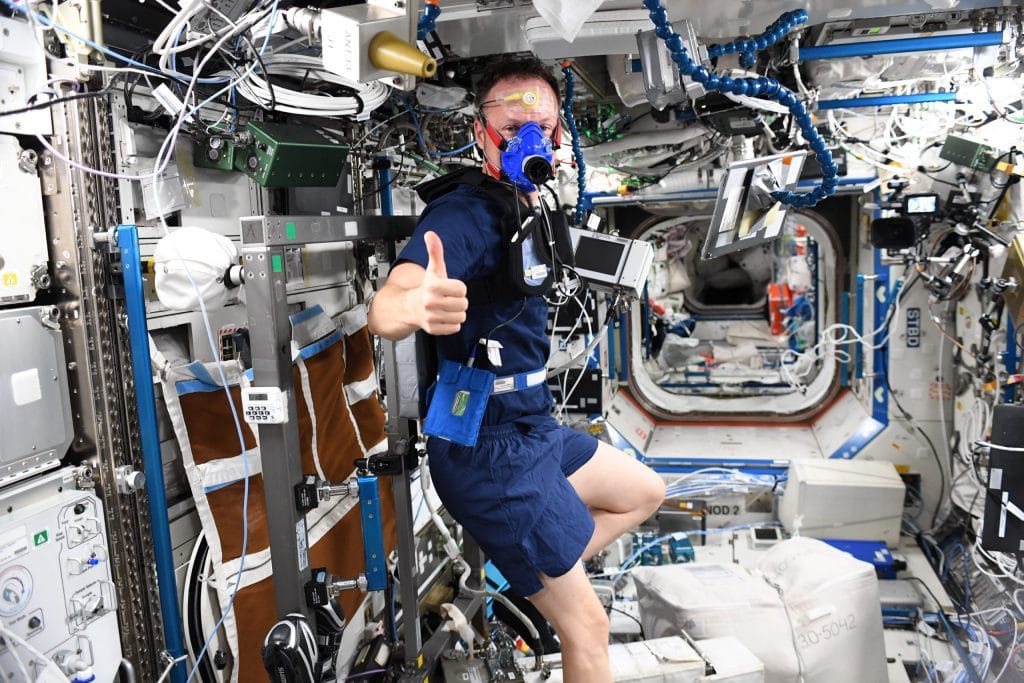 By monitoring the health of astronaut Matthias Maurer, scientists hope to understand human aging on Earth and combat the difficulties it causes. Photo: ESA

These images will be used to train an artificial intelligence (AI) model capable of detecting eye changes and making a diagnosis automatically. The device will not only assist astronauts in deep space exploration, but will also facilitate sustainable healthcare here on Earth.

Scientists observing Maurer are also conducting the Acoustic Diagnostics Experiment, which studies the effects of background noise from the International Space Station on astronauts’ hearing.

The muscles of astronauts weaken in orbit, just like the process of human aging on Earth. Therefore, observing Mauer’s muscle wasting will help medical scientists on Earth determine how it occurs and find ways to prevent it.

Among the scientific studies conducted by the cosmonaut on the International Space Station is the classification of artificial muscle cells the size of a grain of rice inside the Russian Kubik 40 cm miniature laboratory housed in the Columbus Unit.

Part of these cells will be electrically stimulated to cause contractions in zero gravity, while another area will experience an artificial gravitational force by centrifugation.

From there, the MicroAge Project researchers will monitor how tissues respond to microgravity and the accelerated aging processes. According to the European Space Agency, this could “one day help people better retain their strength and mobility in old age”.

Another trial studying muscle health is mytones. Maurer used a portable, non-invasive device to monitor the tone, stiffness, and flexibility of certain leg muscles. He is one of 12 astronauts who participated in this study to determine the best countermeasures for many people with muscle ailments. 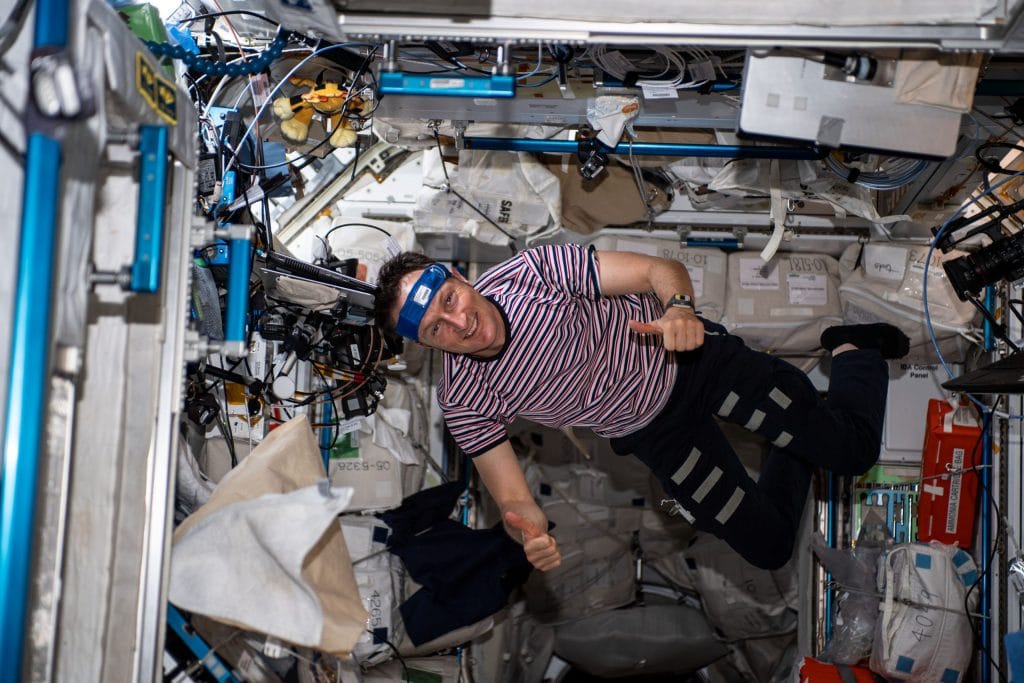 Maurer wore a headband while sleeping. A device attached to the belt provides information about the different stages and the astronaut’s sleep quality. Photo: ESA

Maurer is also trying to improve his physical form in space with an exercise routine of about two hours a day. During several workouts on the treadmill and while squatting, he wore an electrical muscle stimulation (EMS) suit that activates his muscles, as part of the experiment. easy movement, who – which It aims to better understand the physiological stress of astronauts and what could lead to new rehabilitation treatments on Earth.

In addition to exercise, Maurer records his meals so scientists can track his energy intake and assess his nutrition. This is part of the NutriISS study, which offers a new approach to calibrate diet and exercise over extended stays in space. Earth science teams hope that a carefully designed high-protein diet can curb the typical bone and muscle loss associated with microgravity.

Another important component monitored on Maurer is body temperature, which has been known to rise in space. “Space fever” presents potential health risks to astronauts.

Thus, the experience Thermo Mini It tracks an ESA astronaut’s body temperature and circadian rhythm using a small thermal sensor attached to the forehead for approximately 40 hours over three sessions. With the data obtained to help understand this phenomenon, this small device could be used in hospitals and by people who work in harsh environments on Earth, such as miners or firefighters.

Finally, sleep plays an important role in human well-being and health. Sleep disturbances or inadequate sleep can increase the risk of disease and affect people’s performance.

Maurer wore a headband while sleeping to conduct the experiment. dreams. Through this experiment, a device attached to the bracelet provides information on the different stages and quality of sleep. According to the European Space Agency, this technology could help astronauts and people on Earth improve their sleep patterns and identify potential disruptions.